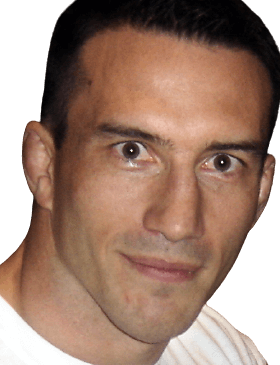 Biography(references)Nathan Parker "Nate" Quarry is a retired American mixed martial arts fighter who is most notable for his appearance in The Ultimate Fighter, a reality show from the Ultimate Fighting Championship, as well as co-hosting the show MMA Uncensored Live.
Fighter Trivia(references)Quarry created a comic book named Zombie Cage Fighter loosely based on his life. Quarry is interviewed in the 2013 documentary Truth be Told, where he discusses his sheltered upbringing, and eventual expulsion, from the Jehovah's Witness faith. Quarry was featured in the A&E documentary series Leah Remini: Scientology and the Aftermath Season 3 Episode 1, "The Jehovah's Witnesses", airing on November 13, 2018.