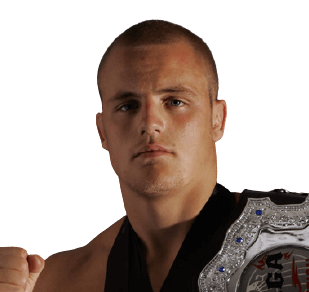 Biography(references)Gunnar began grappling in 2006, receiving his Brazilian Jiu-Jitsu blue belt from Matt Thornton of Straight Blast Gym International. Gunnar first met Kavanagh during one of his BJJ seminars at Mjolnir, and the SBG Ireland owner would remain his head coach until this day. Gunnar subsequently spent a period at Renzo Gracie Academy in New York to advance rank to black belt. Shortly after his arrival, he had competed for their team in various competitions, winning a silver medal in the 2009 Mundials brown belt category. At the 2009 ADCC Submission Wrestling World Championship, Gunnar took 4th place in the absolute category where he defeated the much heavier and touted BJJ Black Belts Jeff Monson and David Avellan.
Fighter Trivia(references)Gunnar has two children, a son and a daughter. His son, Stígur, was born on May 30, 2014, whose mother is Icelandic artist, Auður Ómarsdóttir. Gunnar and his girlfriend Fransiska Bjork Hinriksdóttir have a daughter, who was born on October 31, 2019.